Department of English and Creative Writing

Nirvana Tanoukhi’s current scholarship and pedagogy asks: How does a work of literature like a novel, especially one from or about a "distant" place, establish a sense of context to ground an interpretation? On what scale – geographic, social, linguistic, or other – does a literary work unfold for readers? And how, accordingly, might we conceive of our reading practice, whether we call it literary interpretation, appreciation, or “close reading”? Tanoukhi finds such questions crucial for understanding globalization’s current challenge to the Western liberal democratic tradition, and its long-standing commitment to the pursuit of truth, freedom, pleasure, and duty. 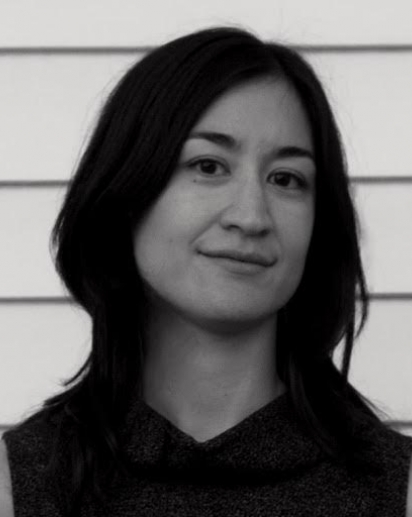 Current writing on: Theoretical questions of scale, context, and comparison in the reading of (world) literature, and of the value of literary criticism today. Analytical problems related to the study of texts and genres of the postcolonial world, and their modernity.

This acclaimed novel is set during the Lebanese Civil War and offers a rare depiction of women’s experiences amid this sprawling, region-defining conflict. In Alawiya Sobh’s hands, the details of everyday life mix with female voices from across classes, sects, and generations to create an indelible picture of a climate where violence and war are the overt outbreak of a simmering tension that underlies the life in the region. Here, stories struggle to survive the erasure of war and rescue the sweetness of living, trying to connect the tellers and their audience while transforming pain and love into abiding, sustaining art. Rendered sensitively into English through a close collaboration between author and translator, Maryam offers an unforgettable picture of conflict and its costs.

In this collection of essays, leading cultural theorists consider the meaning and implications of world-scale humanist scholarship by engaging with Immanuel Wallerstein’s world-systems analysis. The renowned sociologist developed his influential critical framework to explain the historical and continuing exploitation of the rest of the world by the West.

This novel by Rashid al-Daif depicts the Lebanese civil war of the 1970s in a postmodern, poetic style. The narrative focuses on the deranged, destabilized, confused, and hyper-perceptive state of mind created by living on the scene through a lengthy war. The story is filled with details that transcend the willed narcissism of the main character, while giving clues to the culture of the time. It is excellent fiction, written in a surrealistic mode, but faithful to the characters of the people of Lebanon, their behavior during the war, and their contradictions. Issues of gender and identity are acutely portrayed against Lebanon's shifting national landscape.

The English-language reader has not been much exposed to Lebanese literature in translation, and Rashid al-Daif is one of Lebanon's leading writers. He has been translated into eight languages, including French, German, Italian, Polish, and Spanish. Translator Nirvana Tanoukhi manages to preserve Daif's unusual, moving, and at times humorous style in her English rendition.

COURSES TAUGHT AT DARTMOUTH AND ELSEWHERE

Postcolonial Bildungsroman: Youth and Happiness in the Global Novel

The Ghetto in Literature, Film, and Music

Give and Take: Fictions of Exchange

The Theory of the Novel

- Since 2010, Professor Tanoukhi has been a faculty and Advisory Board member of The Institute for World Literature (Harvard) where she taught "The Scale of World Literature," a core seminar, at the IWL's 3rd summer meeting at Harvard in 2013. She will offer this seminar again at Harvard in summer 2016.

- In 2009-2010 Tanoukhi was a postdoctoral fellow at the Harvard Humanities Center, and in 2010-2011 she was a resident fellow at the W.E.B. Du Bois Institute for African and African American Research at Harvard.

- In 2010, she was selected by the American Council of Learned Societies as one of fifty New Faculty Fellows in the humanities nationwide.