I specialize in English literature and culture of the sixteenth and seventeenth centuries. I am particularly interested in connections between historical literature and its wider world, especially moments when renaissance poetry and drama helped to articulate alternative political ideas. I am currently working on a book about what writers such as Thomas More, William Shakespeare and John Milton had to say about England's houses of correction, which were some of the early modern period's first reformist prisons.

My publications speak to some of my broader interests, from queer theory to the history of books and reading. My article in English Literary History has to do with the sexual politics of seventeenth-century poetry. My article about Utopia in Renaissance Quarterly focuses on the text's famous ideas about penal reform, but also examines how early readers responded to those ideas in the margins of their books. Reviews and other writings have appeared in The Los Angeles Review of Books and elsewhere.

I received my Ph.D. from Princeton University in 2020, where my dissertation research was supported by several grants, including the Porter Ogden Jacobus Fellowship, Princeton's highest honor for a graduate student. While at Princeton I also lived and worked in the undergraduate colleges as a residential fellow. Prior to the Ph.D., I taught as a lecturer at Cornell University, where I earned an MFA in poetry. 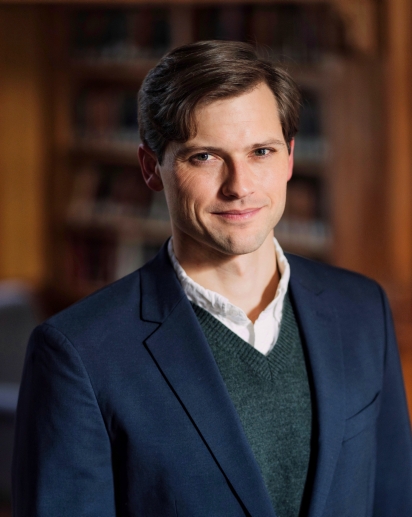 Centuries in advance of the penitentiary, institutions called houses of correction opened a new era in England's efforts to not only punish but reform. Although houses of correction were often seen as cruel failures, nevertheless the ideas, arguments and stories they promoted about labor as a means of changing human behavior — what I call in this study the rhetoric of correction — proved enduringly influential. By examining how writers including More, Shakespeare and Milton engaged with these institutions and their ideas, Objects of Correction constructs a cultural history of the humanist prison and workhouse over two early but crucial centuries. At the same time, the project revives "correction" as a term for renaissance literary theory, as one of the period's most distinctive but least studied means of literary justification, beyond the familiar commonplaces of instruction and delight.