Colleen Glenney Boggs is the Parents Distinguished Research Professor in the Humanities. A scholar of nineteenth-century American literature, she has particular expertise in the literatures of the American Civil War, animal studies, transatlantic studies, literary theory and gender studies.  The recipient of fellowships from the National Endowment for the Humanities, the American Philosophical Society, and the Mellon Foundation, she is the author of Patriotism By Proxy: The Civil War Draft and the Cultural Formation of Citizen-Soldiers, 1863-1865 (Oxford University Press, 2020), Animalia Americana: Animal Representations and Biopolitical Subjectivity (Columbia University Press, 2013) and Transnationalism and American Literature: Literary Translation 1773-1892 (Routledge, 2007; paperback 2009). Her work has appeared in American Literature, PMLA, Cultural Critique, and J19, among others. She edited the volume Options for Teaching the Literatures of the American Civil War (Modern Language Association, 2016). Together with Laura Doyle (University of Massachusetts, Amherst) and Maria Cristina Fumagalli (University of Essex), she co-edits the book series Edinburgh Critical Studies in Atlantic Literatures and Cultures. Currently a member of the MLA Publications Committee, she has also served on the PMLA Editorial Board and as Director of the Leslie Center for the Humanities, where she developed an initiative in “medical humanities” that was the recipient of a CHCI/ Mellon Foundation research grant. Together with Professor Jennifer Lind (Government Department), she launched Dartmouth's Public Voices Program. Professor Boggs has presented her work broadly in national and international venues, including plenary lectures in Uppsala, Stockholm, Bamberg, Nuremburg, Leeds, Oslo, Montréal, and as Distinguished Professor at the Center for American Studies in Rome. She serves as co-director for Dartmouth's Summer Institute in American Studies. In 2019, she was elected to membership in the American Antiquarian Society. She is currently launching a public humanities project (with Professors Carolyn Dever, Christie Harner, and Ivy Schweitzer): “There’s No Place Like Home: 19th Century Women Writers and the Opportunities of Home” addresses humanistic questions raised by the COVID pandemic. 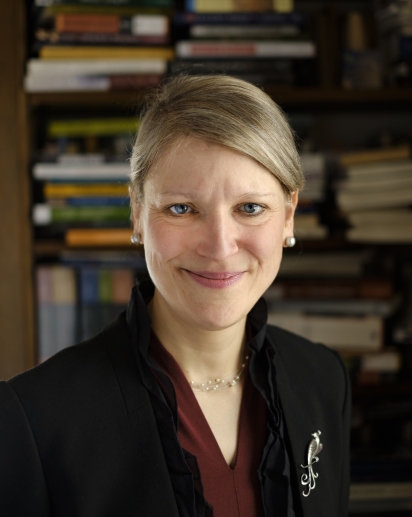 Playing with My Food: Experimental Writing and the Invention of Modern Taste (monograph)