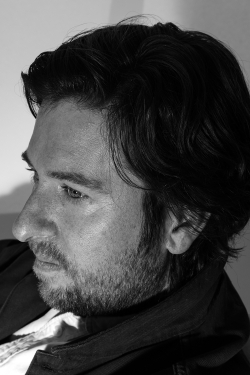 Ryan Bradley has worked as an editor at National Geographic Adventure, the World Policy Journal, Popular Science, and Fortune. He has written for The New Yorker, The New York Times Magazine, New York, The Awl, The Atlantic, The Virginia Quarterly Review, The Sewanee Review, GQ, The Los Angeles Times, Eater, LitHub, The Guardian, The Verge, The Wall Street Journal Magazine, and many others. He has been nominated for a National Magazine Award and won a Press Club Award, as well as having his work featured in The Best American Science and Nature Writing and The Best American Essays. 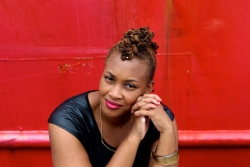 Naomi Jackson is the author of The Star Side of Bird Hill. Jackson studied fiction at the Iowa Writers' Workshop. She traveled to South Africa on a Fulbright scholarship, where she received an M.A. in Creative Writing from the University of Cape Town. She is a graduate of Williams College. Jackson's writings have appeared in Harper's Magazine, The Washington Post, Virginia Quarterly Review, Poets & Writers, and The Caribbean Writer. She is the recipient of residencies and fellowships from MacDowell Colony, Hedgebrook, Camargo Foundation, Bronx Council on the Arts, and the Schomburg Center for Research in Black Culture. Jackson is an assistant professor of English and Creative Writing at Rutgers University-Newark. She lives in New York City with her family.

Justin Torres has published short fiction in The New Yorker, Harper's, Granta, Tin House, The Washington Post, Glimmer Train, Flaunt, and other publications, as well as non-fiction pieces in publications like The Guardian and The Advocate. A graduate of the Iowa Writers' Workshop, Justin's novel We the Animals has been translated into fifteen languages and was recently adapted into a film. It premiered at the Sundance Film Festival and was nominated for five Independent Spirit Awards. He was a Wallace Stegner Fellow at Stanford University, a fellow at the Radcliffe Institute for Advanced Study at Harvard, and a Cullman Center Fellow at the New York Public Library. The National Book Foundation named him one of the 2012's 5 under 35. He was the recipient of a grant from the National Endowment of the Arts, a Rolón Fellowship in Literature from United States Artists, and the VCU Cabell First Novelist Award. He lives in Los Angeles, where he is an Assistant Professor of English at UCLA.